Banana rats and the man who worked for Bin Laden 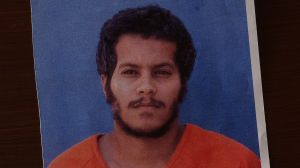 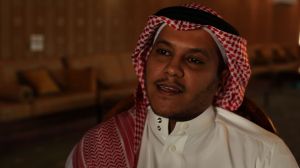 Khalid today - giving us an interview

At one time Khalid Al-Jhani made bombs for Osama Bin Laden – but now he’s a free man. How could that be? Al Jhani has led an extraordinary life – he set off as an idealistic young man to protect Muslims, ended up working for Al Qaeda in Afghanistan, met Osama Bin Laden several times, was captured shortly after 9/11 and sent to Guantanamo, then, four years later, passed through an innovative Saudi rehab programme.

Here’s a brief extract from the documentary I made for the UN – here he talks about Bin Laden:

Brief reflections on camera about Al-Jhani’s story and its paradoxes:

Reflections on my filming trip to Riyadh – where we profiled Khalid Al-Jhani – now living an almost normal life, after previously working as an explosives trainer for Al Qaeda.

Stuck in the hotel.

I’d almost given up on the filming trip.  We’d been stuck in a dreadful, depressing Holiday Inn in Riyadh for three days and had been able to film almost nothing – just some shots of streets from the car and some people in a square – and all the time our Saudi fixer from the Interior Ministry nervously hovered by us, telling us not to film women. I’d assumed the authorities would be very concerned with us filming anything at all politically sensitive, but strangely, Ali, the fixer, seemed (apart from his worry about shots of females) more interested in questioning our aesthetic choices rather than censoring us.  He felt that we shouldn’t have bothered to take a shot of a building site (which showed ancient houses behind modern construction – so that we could show the contrast). Later he thought we should have taken a shot of Riyadh’s central towers from further back along the road. I guess he was trying to help, but almost invariably, his interventions were a nuisance. END_OF_DOCUMENT_TOKEN_TO_BE_REPLACED